Morning Breeze kennel breeding dwarf and toy poodle in the colours black, apricot and red. We who runs Morning Breeze kennel is Peter Carlsson Mörk and Stefan Mörk and we live in Åkersberga just north of Stockholm. The Poodle's home country is France and it is the French kennel club, Société Centrale Canine, who is responsible for the standard of the breed of poodle. The Poodle is usually described as a companion dog of high standard. They are very social and learn very easily as well as they are playful and want to be close to their family. We take note of this and for us it's incredibly important to produce healthy and beautiful dogs with super friendly temperament.

Peter has always had a big interest in animals, in the childhood home there was a white dwarf poodle by the name Susie. She could do a lot of tricks and was really playful. After some years there was a whole lot of pets. It was budgerigars, guinea pigs, rabbits, gerbils, hamsters and gold fish. Dogs were always the biggest interest for Peter, and in 1994 he bought his first own poodle. It was a black standard poodle with the name Andy, "Loubitz Everyday Hero". A little later Peter bought Floyd a white standard poodle, "Huffish A Kind Of Magic". Some years later he bought his first small poodle Alice, NORD UCH "Twin Tops Who the F is Alice." She was a black dwarf poodle. Then there was an import from England, Toy Poodle Tiffany, SE UCH "Torpaz Dressed To Kill". And the dwarf poodle Laura, SE UCH "Super Sonik's Glamour Girl (She later moved back to the breeder who is a friend of Peter when Peter moved arboad) These bitches were all black, and the interest in the smaller poodles had taken off. Everything with the poodles was so tremendously fun. The Dog shows and to handle the dog, the grooming and Peter attend courses to learn more about the breed and grooming, to understand the character of the poodle as a breed. The first litter was born in 1998 and it was in another kennel name then it is today. A lot of work and a few years living in Spain made it difficult to combine the dog interest and the last few years, there were only a one poodle in Peter's life and that was Tiffany who became 16 years old.

Stefan grew up with the dwarf poodle Diane and has always been interested in animals. An interest which took some strange turns..., among other things it manifested itself in that he nagged, and nagged asking his mothers aunt to give him the calf named Drutten. Well at last she gave him the calf, at least Stefan thought so and every one was happy... As an adult the intrest for dogs grow stronger and his loved boxer, Pondus, came into Stefan's life in 2003, he is still going strong.

Together we have a major interest in dogs and has high ambitions for our hobby. A great interest that we share with many wonderful people. It is inspiring and challenging and it is a constant learning and we will do our utmost to bring up healthy, happy and beautiful poodles. 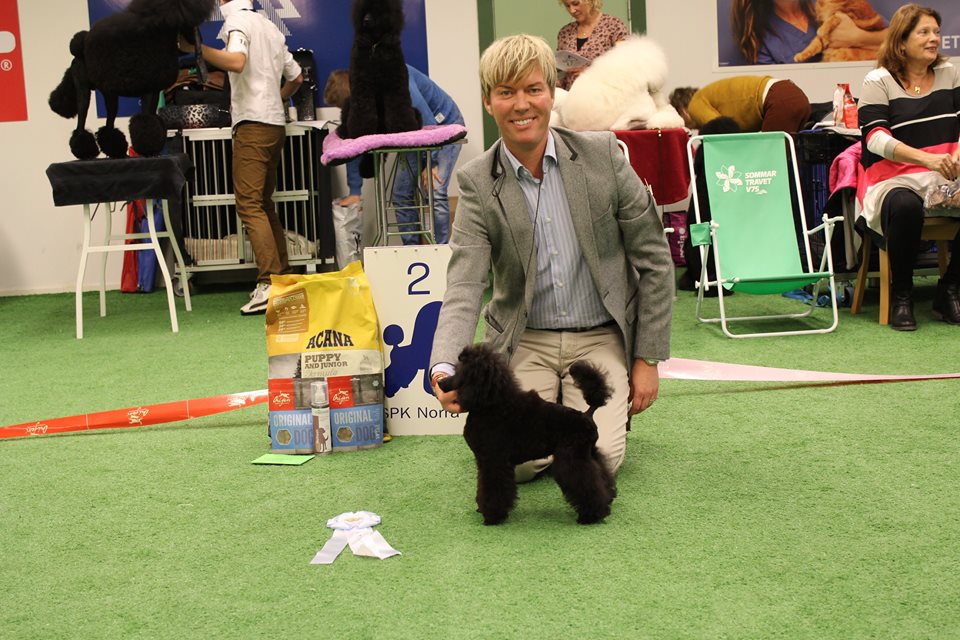 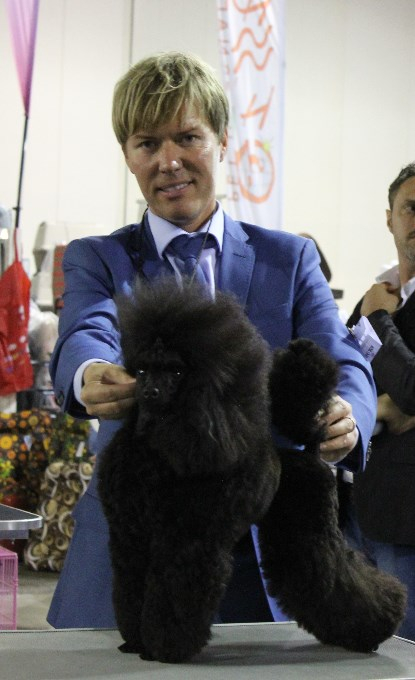 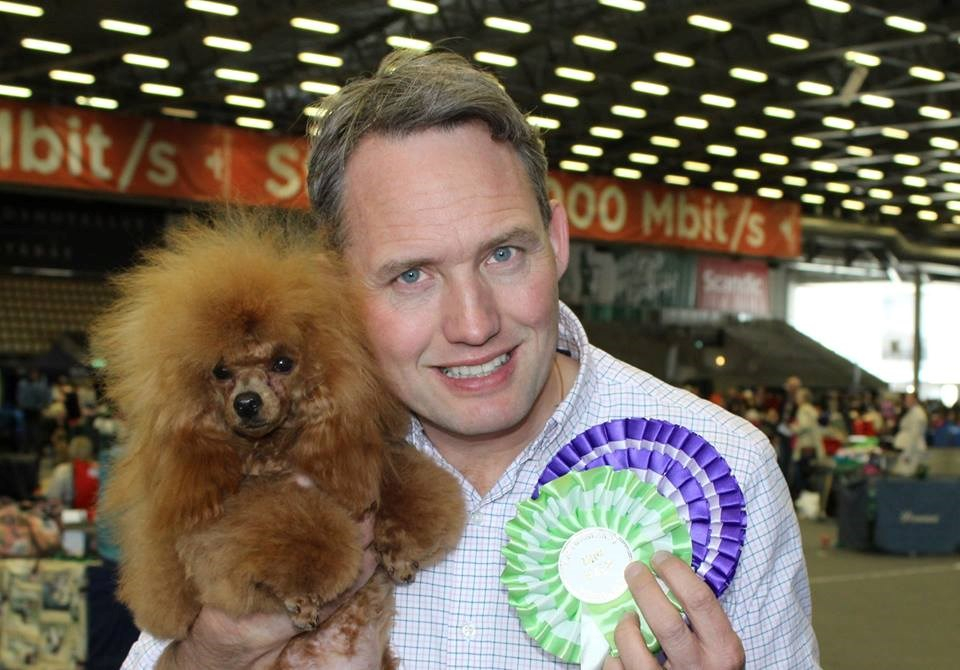 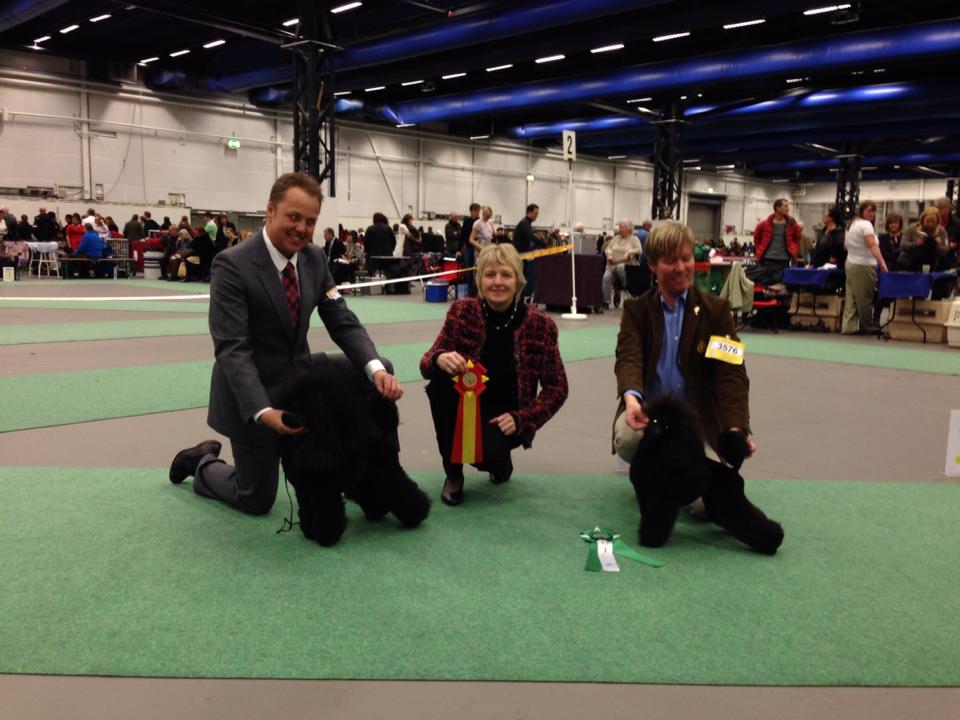 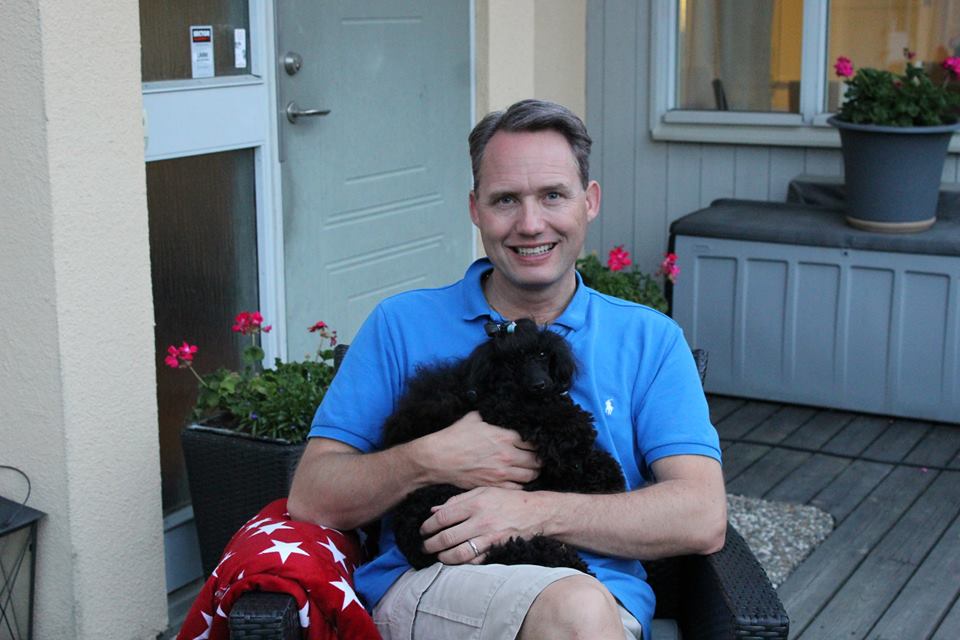 Most important, our dogs are our family! And a nice and cozy time in the knee is never wrong. Didi and Stefan enjoying life at the terrace at home.